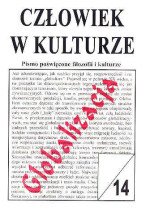 Summary/Abstract: The authoress analyzes the views of Irena Wojnar on education, and she states that the process of education through art makes it possible to actualize the immense artistic potentiality of man by activating his psychic disposition, especially his imagination as the source of creativity. Since imagination is not in the same way as reason oriented to truth, human activity may be totally unconstrained. According to Wojnar, man as creator can eventually become free in the negative sense – as free from truth, good and beauty. For this reason education consists mainly in inoculating formal skills such as: perception, understanding, and self-expression. The theory of education through art is qualified by Wojnar as an example of postmodern education.