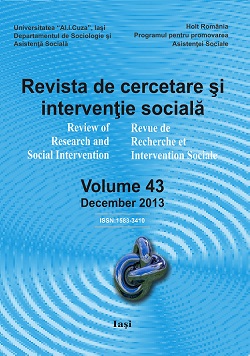 Summary/Abstract: Romania, after 1989, following the trajectory of a consolidated democracy, managed to be a factor of stability in a region where inter- ethnic issues triggered several conflicts. Although ethno- cultural diversity exerts a global challenge towards the representative democracy, the Romanian model of interethnic relations acquires a particular significance. In the process of interethnic knowledge are involved all cultural patterns, the symbol system, specific languages, experiences and practices of each ethnic group. The perception and interethnic knowledge take institutionalized forms because the strongest influences in their implementation come from the direction of cultural and concrete interaction factors (political, economic, etc..) of ethno-organization. The objectives of the research was to establish the communication style that is dominant among ethnic communities in Dobrogea and to find the differences in perception of attributes which characterize people in general and members of ethnic groups in particular. The research was conducted on a non-probabilistic sample of 350 participants, consisting of 50 representatives for each ethnic group. The results shows that the communication style used by most respondents belonging to the seven ethnic groups surveyed is problem solving. Based on the data obtained, it can be said that the participants were oriented mostly to the choice of positive attributes and that are rather defensive qualities (of inactivity) than qualities involving dynamic. In Dobrogea, the majority and the minority’s view on the interethnic relations is different. We identified significant differences in perception between ethnic groups for the same attribute.