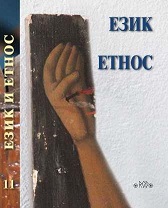 Summary/Abstract: “Russian” Germans are an ethnic community settled in some towns and regions in countries of the ex-Soviet Union, South America, North America and Germany. The formation of this community begins with the emigration and settlement of Germans on the lands of the Russian empire in the end of the 18th century. During the Second World War, after the attack of Hitler, Stalin issues a decree for a further migration of the Germans to the Eastern territories of the Soviet Union. Later, after the fall of the socialist regime, some of them decide to re-migrate to Germany (individually or with all family members) to the homeland of their ancestors. Concerning the language of this “community on the way“ (narod v puti), it can be said that in result of its prolonged existence in Russian-speaking environment and its incest with members of the Russian society, the German emigrants acquire also Russian language skills. On the other hand, the German language is still used for communication and education in the German schools and families, with the peculiarity that the personal social network language includes also some general Russian loanwords. Thus, over the years the community of the “Russian” Germans becomes a sub-ethnos with its own language (sociolekt), customs, manners and mentality. The Russian society often sees the “Russian”-Germans as “(only) Germans”. In contrast, the native population in Germany stigmatizes them as “Russians” and “foreigners”. This double identification is confirmed also by the statements of young and adult Russian Germans. Furthermore they show the role of the language for the determination of their ethnic belonging in different social contexts on the part of the society of residence, on the part of the close social network and from the individual point of view of the interviewed persons. (This paper is based upon materials of researches done by students at the German universities of Heidelberg and Cologne and upon articles published on websites of German and Russian newspapers and online forums.)