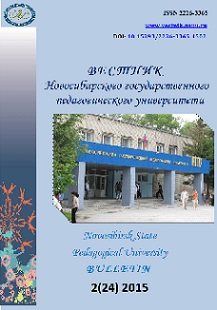 Summary/Abstract: Dictionary reflects not only their time, but also forms, sometimes rigidly imposing, a sys-tem of “ideological phantoms”. Deideologization dictionaries proved difficult and controversial process that began in the late 1980s. The article examines issues of ideological interpretation lexicographical minor component included in the area of pragmatic semantics of the word. In valuable field of society has “eternal” concepts, which are reflected in the vocabulary of native speakers as ideological (according to associative and discursive research). Such con-tent is usually explicated in the dictionary entry, it is meant to reflect and shape the ideological view of the world society, that is exert ideological pressure on the recipient's dictionary. Howev-er, there are cases where the pragmatic content of the word it was deliberately hidden to such phenomena is lexicographic token censorship, indicating that “what we have in the recent past there has been no”. Different types of content require a pragmatic and different lexicographical “packaging” that something should be spelled out, something hidden. As a result of definitional and discourse analysis identified ways of veiling the obvious ideological content related to “oversee the implementation of dissent”: a system commenting litter (outdated, overseas, histor-ical, political) and specially selected chronologically labeled illustrations.