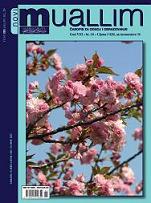 Summary/Abstract: To believe in the creative power of God, and to believe in the truth that He alone is the One that gives life as well as death, is one of the essential elements of the Islamic faith. By imagining that he himself is the master of life and death, man was often dragged over the edge of the abyss. This happens mostly, when the Almighty places a man onto a such a position where he can make decisions for others and where he can decide about their rights, security and dignity of their lives. Then the evil forces within the man make him feel independent to such an extent that he starts believing that he himself is a god, and that, God forbid, no other god exists. The Quran, the Word of God, in many places warns us of such dangers. One such warning we find in sura Al-Baqara, in the context of three ayats related by the same topic- God, only He is the Master of life and death. From this text and its various commentaries we can draw several conclusions: - Faith in the resurrection after death is an essential element of the Islamic faith, it determines the position of man and requires of him the correct relation towards God, universe and others; - Signs of Gods creative power are all around us as well as within ourselves; - Recognizing these signs should alter the human sole in a positive direction whatever the level of the understanding of these signs may be, whether the signs are recognized in the Book or upon the horizons; - No interpretation of these signs, unless it is conflicting with the fundamental truths of our faith, should be rejected, for every interpretation is our opportunity to learn something; - The final aim of all the learning is the application of the knowledge attained in everyday life, its on its outwardly as well as inwardly level;