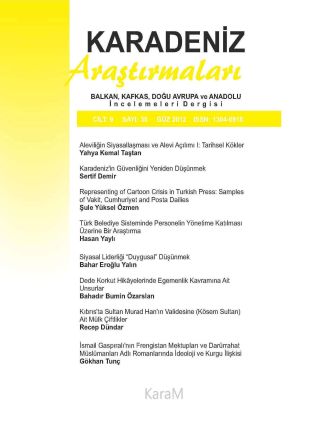 Summary/Abstract: The area between Antalya Gulf and Fethiye Gulf is called as Teke region. Teke region is located in the west of Antalya and western part of the Taurus Mountains. Teke Region is surrounded by the following districts: in the North, Gölhisar and Tefenni (Burdur); in the east, Konyaltı (Antalya); in the west, Fethiye (Muğla) and in the south, the Mediterranean Sea. While taking a step into Anatolia in large masses, the Turks brought many basic features from Central Asia. Besides their contribution to the area with their cultural background, they also effectively contributed to the naming of settlements in the area. The factors that played a role in the history of Turks in the proces of giving settlement names, were also effective in Antalya for many settlement areas. This study aims to underline the peculiar importance of settlement names in Turkish cultural geography in the context of Teke Region.