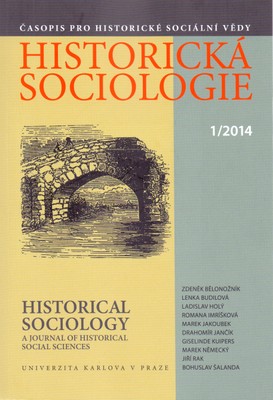 „Pít či nepít – to jest, oč tu běží.“ Střety příznivců a odpůrců abstinence
“To Drink or not to Drink – that is the Question.” Struggles of the Supporters with the Opponents of Teetotalism in the Interwar Czechoslovakia

Summary/Abstract: After the First World War an anti-alcohol movement requiring the prohibition intensified both in Europe and the USA and it also resonated strongly in the Czechoslovakia. The main representative of this movement was the Czechoslovak Teetotal Union. It struggled for eradication of alcoholism as a serious social and health problem. The activities of the movement were in conflict with the interests of groups of alcoholic drinks producers and distributors, which represented a strong lobby connected to political circles, especially the most powerful political party, the Agrarian Party. Financially strong alcohol lobby with one exception (Holitscher Act of 1922 restricting access to alcohol for the youth) quite successfully neutralized the attempts of the anti-alcohol movement to gain a bigger state support in the fight against alcoholism. Only after the methyl-alcohol scandal in 1935 the government did establish a permanent advisory board for the fight against alcoholism in the Ministry of Public Health and Physical Education. It elaborated a many recommendations (such as blood tests for drivers after car accidents), which, however, were not implemented until the end of the First Republic. An important benefit of the Czechoslovak Teetotal Union was the founding of alcohol treatment counselling.