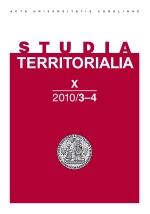 Summary/Abstract: This study discusses the reception of the Frankfurt School’s critical theory by the leftist movement in West Germany of the 1960s. The paper begins with an introduction of the Frankfurt school and its main thinkers such as Adorno, Horkheimer, Marcuse and Fromm. Then it examines how the critical theory was received among individual segments of the leftist movement, which were represented by leftist magazines Das Argument und neue kritik, the movement’s key figures like Dutschke and Krahl, or various public groupings, among others Subversive Aktion, Kommune 1 and Kommune 2, as well as Critical University. It highlights the conflicts in their relationship that eventually led to rejection of the critical theory and its replacement by competing leftist theories.