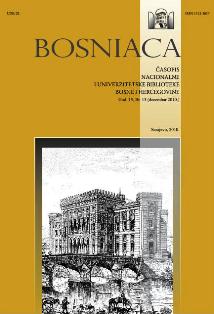 Summary/Abstract: Material and spiritual culture of East, West, North and South have been reconciled in Bosnia and Herzegovina. This multitude most vividly represents itself in B&H religious and cultural diversity. For half a millennium, Judaism, Catholicism, Orthodox, Islam and others with all their cultural traditions have survived together. Bosnian and Herzegovinian government, politicians, institutions and citizens have to pay some more attention to the fact that its colorful cultural heritage must be saved and should be a model for life in the world of differences, as Bosnia and Herzegovina in its structure and habitus is and has to remain.