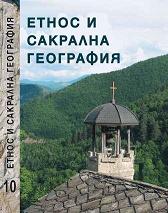 Summary/Abstract: The cuckoo (Cuculus canorus) has a sustainable position in Bulgarian folklore. Its characteristics as a species – its appearance on our lands in spring, the fact that it doesn’t look after its chicks on its own, that its voice is heard only from the Annunciation to the Midsummer Day, predetermine most of the ideas about it. Relicts of archaic beliefs can be discovered in lyrics, etiological legends, superstitions, magic and ritual practices. The analysis binds the image of the bird with the concept of female deity with a dual nature responsible for vegetation and dedication rites.