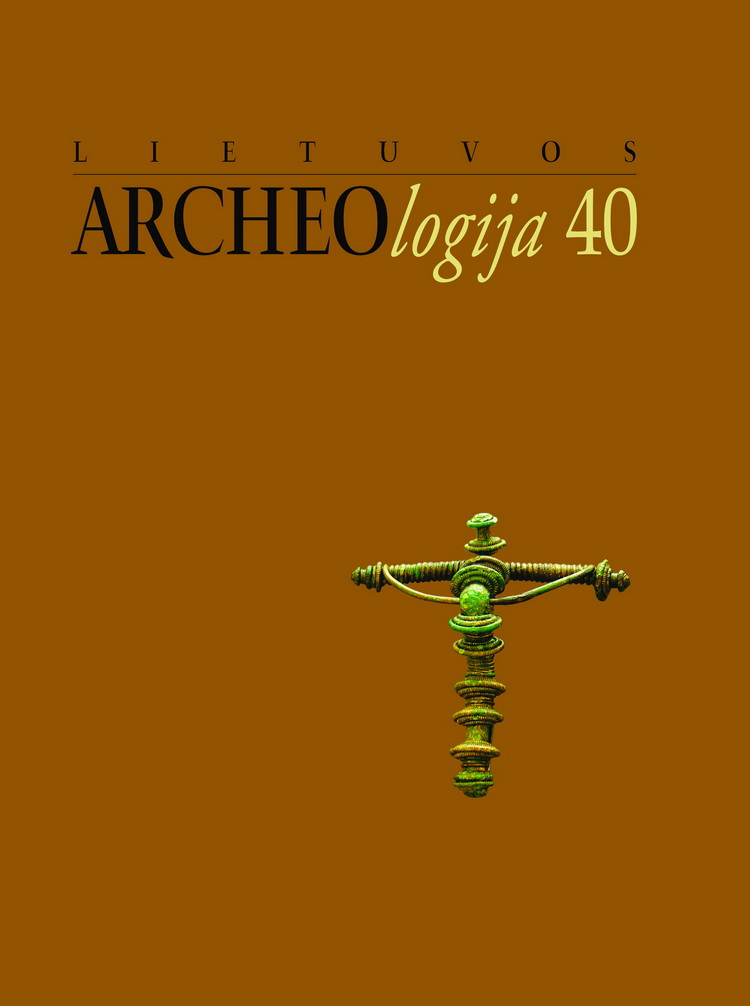 Summary/Abstract: The number of inhabitants and the population density were one of the deciding factors in the development of past societies. But this topic has received little attention from Lithuanian Iron Age investigators, and the rare attempts to address it mostly use the constant presented by H. Łowmiański of 3 people/km2. This article attempts, using palaeodemographic methods to analyse the barrow material, to calculate the number of inhabitants in the Žeimena basin and the part of the microregion to the N of its widening lake area. The first 5 km buffer zone (buffer zone I; 365.5 km2) should be considered as having a barrow cemetery density closer to the average for East Lithuania; the second, which occupies only the left bank of the Žeimena (buffer zone II; 198.5 km2), is an example of exceptional density. When evaluating the number of people buried in the microregion’s barrow cemeteries, the possible large-scale destruction of barrows in the past, the number of burials in a barrow, and the number of individuals in a burial need to be taken into consideration. The probability of error is increased by an imprecise barrow chronology and it is therefore possible to present only fairly broad and somewhat unexpected population density ranges in a historiographical context: in buffer zone I – 0.3–0.6 persons/ km2, in buffer zone II – 0.6–1.1 persons/ km2.