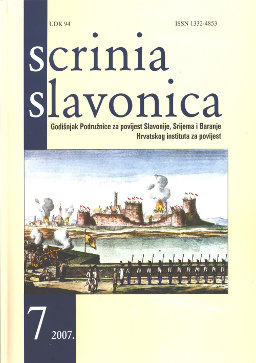 Summary/Abstract: A unique example of double hierarchy of the Catholic Church that led to a conflict of jurisdictions between the Hungarian king and the Pope arose in central Hungary at the time of Turkish rule. In accordance with their old right, Hungarian kings continued to appoint Hungarian bishops even after the Turkish occupation of their dioceses, but the Turks did not allow these bishops to enter their territory. For this reason Rome handed over the episcopal honor in Turkish Hungary to missionary bishops who usually came from the ranks of Franciscan and Jesuit friars living in the territory under Turkish rule and taking care of the local Catholic population. Such situation lasted until the end of the war and the signing of the Treaty of Karlowitz (the Treaty of Srijemski Karlovci) in 1699, after which Hungarian bishops returned to their respective dioceses.