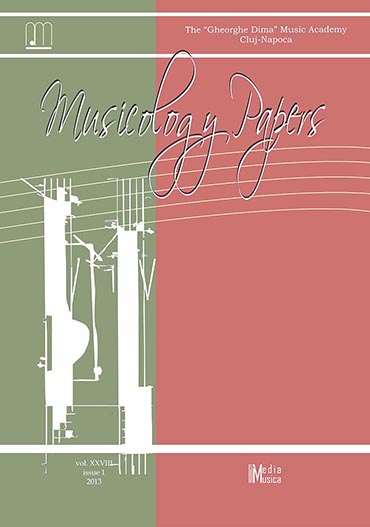 Summary/Abstract: The present study provides a brief analysis of Liszt´s Paraphrase on motifs/themes from Miserere from Verdi´s Il Trovatore. The paraphrase – a less known and less popular instrumental genre in the repertoire of concert pianists today, enjoyed a spectacular flourishing during the 19th century. The term itself, despite its various quasi-synonymous forms dating back as far as the Baroque era, is invariably linked to Liszt, renowned for his propensity for highly virtuosic improvisations on famous and mostly opera-inspired themes of the time. The phenomenon of musical "quotations" was frequently encountered: transcriptions, piano reductions and paraphrases made up the favourite musical repertoire of the musical evenings held in the aristocratic salons of the time. The musical quotation is rendered either ad litteram or not, sometimes in allusive, free, typically Romantic forms, then metamorphosed into dense, figurative developments, of high expressiveness and richness and especially of immense technical difficulty. The paper offers a comparative approach to the similarities and differences in writing, form, musical dramaturgy and timber, in the two musical pieces: Verdi´s original and Liszt´s paraphrase for piano, while also highlighting the intrinsic relationship between vocality and instrumentality.