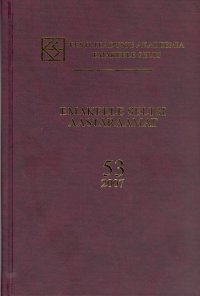 Summary/Abstract: The objectives of EU language policy are promoting linguistic diversity in Member States and improving the language skills of EU citizens, who should master at least two foreign languages. The fi rst objective is enshrined in the Treaty on European Union underlining that the European Union respects its rich cultural and linguistic diversity. By shaping its identity and distinctiveness the European Union is contrasting itself consciously with the United States of America; according to the motto of USA E pluribus unum common language is the element uniting the country and its citizens. The second objective – improving foreign language skills of EU citizens – arises from a practical necessity to ensure the mobility of EU citizens and to make communication within the Union, e.g. work and leisure related contacts between Member States and their citizens, easier. How compatible are these objectives with the language policies of nation states? This article provides a comparative study of linguistic diversity issues in offi cial language policies of two member states: Estonia and France.