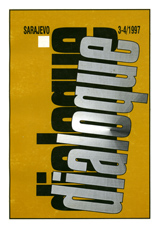 Summary/Abstract: In his movie version of Kafka's The Trial, Orson Welles accomplished an exemplary anti-obscurantist operation by way of reinterpreting the place and the function of the famous parable on "the door of the Law". In the film, we hear it twice: at the very beginning, it serves as a kind of prologue, read and accompanied by (faked) ancient engravings projected from lantern-slides; then, shortly before the end, it is told to Josef K not by the priest (as in the novel) but by K's lawyer (played by Welles himself) who unexpectedly joins the priest and K in the Cathedral.