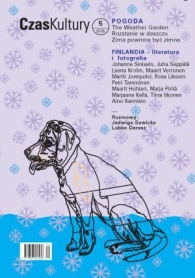 Summary/Abstract: Pust’ vsegda budet solntse, May there Always Be Sunshine, is the title of a famous song of Soviet children and youth. It was composed in 1962 by Arkady Ostrovsky and the lyrics were written by Lev Oshanin, with the exception of the chorus which was a poem made up by a four-year-old boy. This sunny song of peace and sunshine (between socialist countries) was very popular in the Soviet Bloc. In 2004 in Gdansk, an artist, Julita Wójcik flies a kite on a windy day. The project called Pust’ vsegda budet solntse was filmed and presented at the Far West, Near East: Young Art from Poland exhibition in Essen as part of the Polish-German Year. Was this just an innocent game or did flying the kite have political connotations? For the numerous May parades in the Soviet Union the weather had to be beautiful. This was achieved by aeroplanes with dry ice and liquid nitrogen. Julita Wójcik and her kite, however, had to take shelter from the weather, but still managed to evoke many, not always pleasant, associations. The reality of socialist times is not something that can be easily erased and it is still alive in our memories: the obligatory Russian lessons, the mandatory singing of Soviet songs, the compulsory brainwashing about Polish-Soviet friendship and the socialist land of happiness … The art of Julita Wójcik skilfully defies all labels. When she crocheted tablecloths, teddy bears and poodles, when she peeled potatoes and cleaned she was instantly assumed to be a ‘stay-at-home’ or post-feminist artist. When she placed a blue sandpit with white clouds painted on it under a cross on a hill with a view of Gdansk (Sandbox with a View, 2002), and when she engaged in her Fabryka Latawców [Kite Factory] action (2003) the critics pronounced her a children’s artist. They could not have been more wrong. Wójcik’s message is ironic, perverse and thought-provoking. Unlike the former Soviet authorities, Julita Wójcik does not control the weather. Nevertheless, her artistic projects are often performed in the unpredictable outdoors: sewing, planting, weeding and watering plants in a park, first in Gdynia (2000) and then in New York (2003), painting the surface of Lake Ukiel in Olsztyn (2001), and revitalising the Schopenhauer Park in Gdansk with the help of goats borrowed from the zoo (2002) ... And that kite flying towards the Sun makes one also think of …