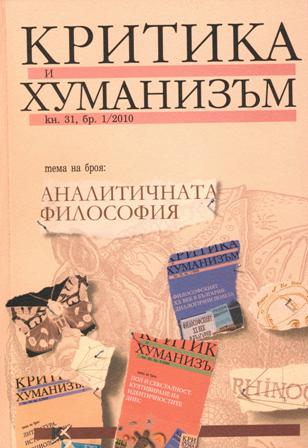 Summary/Abstract: The aim of the paper is to compare selected theses of ‘late’ Wittgenstein and Kazimierz Ajdukiewicz, a signifi cant Polish analytic philosopher. Their philosophical ideas are interpreted as paradigmatic patterns of the so-called directive theories of meaning. These theories stipulate that linguistic meanings are constructed on the basis of defi nite normative rules. The comparative analysis is carried out with respect to the great transformation of the contemporary philosophy of language: from abstract formal studies of language to a pragmatic turn in their development. Wittgenstein’s conception of meanings has in fact brought a new import into K. Ajdukiewicz’s ideas of language which have undeservedly been underrated even until the present day. It is very interesting that the conceptions of the Polish philosopher are based on pragmatic considerations, too. He takes into account also the active role of the members of a linguistic community as creators of communicative instruments. The problem of the genesis of public meanings is the bottom-line problem of the directive theories of meaning. How could one overcome antirealism at this level?