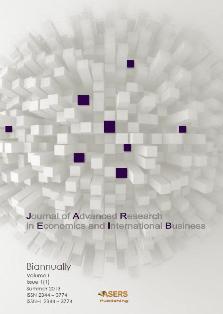 Summary/Abstract: Indian retail sector is highly fragmented as compared to the developed as well as the other developing countries. This shows a great potential for the organized retail industry to prosper in India, as the market for the final consumption in India is very large. Retail trade is largely in the hands of private independent owners and distributor’s structure for fast moving consumer goods consisting of multiple layer such as carrying and forwarding agents, distributors, stockiest, wholesalers and retailers. Thus, the growth potential for the organized retailer is enormous. The purpose of this paper is to provide an examination of foreign direct investment in retailing. FDI inflow rose by 50 per cent to US $ 20.76 billion during January-August 2011, while the cumulative amount of FDI equity inflows from April 2010 to August 2011 stood at US$ 219.14 billion, according to the latest data released by the Department of Industrial Policy and Promotion (DIPP). Services (financial and nonfinancial), telecom, housing and real estate, construction and power were the sectors that attracted maximum FDI during the first eight months of 2011 while Mauritius, Singapore, the US, the UK, the Netherlands, Japan, Germany and the UAE, among others, are the major investors in India. At present the organized retailing in India is witnessing considerable growth. A number of large domestic business groups have entered the retail trade sector and are expanding their operation aggressively. Several format of organized retailing like hyper market; supermarkets and discount stores are being set up by big business groups besides the ongoing proliferation of shopping malls in the metros and other large cities. Successful retail organizations must understand their market, their customers and the importance of strategic location. Because of completion in the retail industry can be fierce, such organization need the best micro marketing tools available to analyses where to place new stores, establish customer profile, and determine best marketing practices in order to find new customers.

Journal: Journal of Advanced Research in Economics and International Business