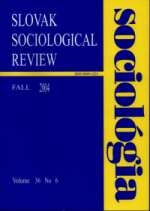 Summary/Abstract: The impact of the Baťa’s enterprise on the economical, social and architectural environment of the Czechoslovak Republic was significant. However through the whole history it was perceived with hesitation. In 1930s the Baťa’s activities have faced the criticism from the representatives of leftist avant-garde, later from the representatives of the communistic regime. These negative attitudes caused that the rationalist conceptions of town planning, typification and unification of Baťa architecture appeared in professional press only occasionally. Only in the 1990s several studies and exhibitions have emerged that reflected and evaluated from a distance the architectural and social work of the Baťa concern in Czechoslovakia. Most of the attention is being paid to Zlín, the seat of the company and to the most important personalities of the Baťa Company like Tomáš Baťa and Jan Baťa and architects as Vladimír Karfík and František Lydie Gahura. However, Slovak satellites of the Baťa Company have been mentioned only rarely an evaluated as marginal. This paper carries the principle information on Baťa town planning, architecture and social engineering generally and on the example of the Baťovany settlement in particular. It focuses on the new knowledge connected with the history of the industrial town Baťovany – Partizánske, its town-planning, architecture, social environment and the relations between the Bata headquarters in Zlín and the local branch in Baťovany. At the same time it examines the role of Baťa’s social and architectural activities in the process of modernization of Slovakia.