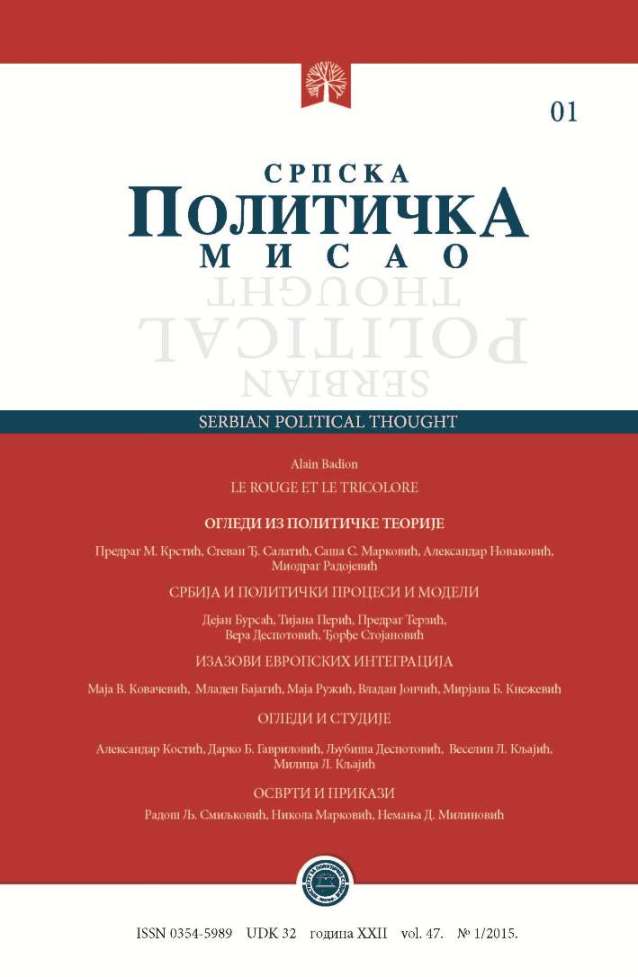 Summary/Abstract: Drawing on the recent actions taken by the Russian Federation in regards with the developments in Ukraine, this paper aims to provide some insight into what has become the troubling question since the beginning of XXI century: Is Russia a Reemerging Power? The question is to be addressed trough the analysis of influences that the European structures of security governance, meaning NATO and EU had on formulation and conduct of Russian foreign policy. The paper focuses on the effects that conceptualization of European security community as the club of pro-Western, post-Westphalia, modern states had on its foreign policy behavior. Considering that from the Euro-Atlantic point of view Russia was not perceived as a responsible security actor, the community adopted specific approach meaning cooperating with Russia on collective goals such as counter-terrorism, non-proliferation and arms control, but leaving it behind the integration processes. This approach, on the other hand, informed and co-constituted Russia’s place in the emerging World Order.