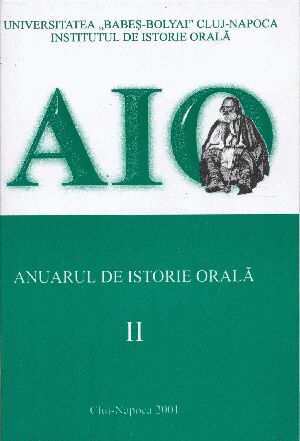 Summary/Abstract: From a contemporary point of view, communism as a process looks like a huge "puzzle" whose pieces were built and arranged as the model offered by "the dear friend from East". From this process school was not able to escape; after the Education Reform in August 1948 school was re-organized strictly following the Soviet experience in education. Our paper tries to establish the way in which during 1947- 1953 new scholar realities were percieved by pupils and also teachers. Our investigation is focused on Turda (Cluj county) where existed a community formed of Romanians and two minor ethnic groups (Hungarians and Jews). One could find also Orthodox, Catholics, Greek-Catholics, Calvins, Unitarians and Mosaic believers. Reffering to the problem of Romanian education next to communism setting-up it has to be said that new handbooks and scholar programs were discontinuous for teachers and pupils, too. Those who oppossed to the new way were lefi out of system and most of the time excluded because the youth has to be educated in communist way. This is the reason why scholastic authorities tried to maintain under control even the rest of pupils' activities beside school. Such of exemples are: Soviet films, all sorts of patriotic activities and so on. This important action of ideological poisoning of pupils seems to have visible effects in a very short time. Actions of resistance against this communist ideology occured only if the family had a clear anti-communist position. On the contrary, where the families were tolerant or even agreed to the communist system pupils' mind managed to be filled with communist ideological principles.