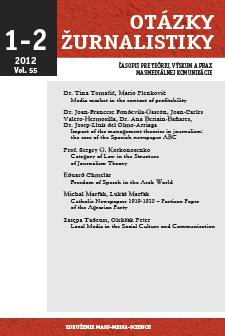 Summary/Abstract: If you ask most people who invented Radio, the name Marconi comes to mind. Usually KDKA Pittsburgh is the response when you ask about the first Radio station. But are these really Radio‘s firsts? In the interest of curiosity and good journalism, we set out to determine if these were in fact Radio‘s firsts. Broadcasting began in India with the formation of a private radio service in Madras (presently Chennai) in 1924. In the very same year, British colonial government approved a license to a private company, the Indian Broadcasting Company, to inaugurate Radio stations in Bombay and Kolkata. The company almost went bankrupt in 1930 but the colonial government took away the two transmitters and the Department of Labour and Industries started operating them as the Indian State Broadcasting Corporation. In 1936, this very Corporation was renamed All India Radio (AIR). The early history of Indian radio broadcasting in independent India set the parameters for the succeeding role of television in the nation. In the independence era, the Congress government under Jawaharlal Nehru followed three major goals: firstly, to achieve political integration; secondly, to attain economic development; and finally, to achieve social modernization. Indian broadcast media was expected to play an important role in all three areas.