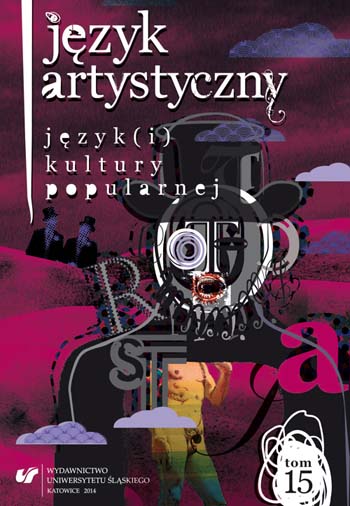 Summary/Abstract: The image of a man in popular gay literature, which has been analysed in the present article, confirms the specific character of this type of writing. Addressed to the mass audience, and referring to the clichè phenomenon, black-and-white vision of reality, and hyperblization, the popular literary works unequivocally profile and emphasise these aspects of reality which the audience may consider interesting. A man is perceived mostly as a sexual object, as his physical appearance, sexual activity, etc. are being highlighted. His personality and character features are peripherial. The reasons for such a state of affairs may be numerous, yet two of them seem to be most important. One is a desire to draw the attention of the mass audience who expects a text of culture to abound with bold pictures of sex and corporeality (here, additionally, it is sex of a minority, evoking outrage, and for a long time absent from Polish writings). Moreover, in such an image of the world, one should discern another strong, scandalous and provocative emancipating act of the representatives of sexual minorities.