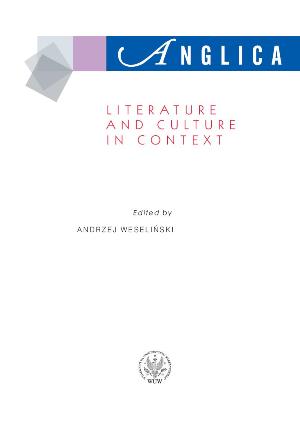 Summary/Abstract: There is a widespread tendency, especially prevalent in English literature since the 19th century till the present times, to think of the novel in mimetic terms:1 as representing man, the world, history and society. The novel seems to be a particularly suitable medium to mirror the conditions of life, sociocultural changes, impenetrable depths of the human mind and the intricacies of collective and individual memory. Its primary task and its greatest challenge lie in reflecting everything that is visible and observable, all that can be measured, tested or at least guessed by means of subtle instruments of psychological examination and analysis. The medium of the novel has been researched, stretched, revised and reshaped to serve that purpose which can be most naturally achieved through the realistic mode. The same mimetic goal is also inscribed into two literary tendencies predominant in the 20th century: modernism and postmodernism. Modernism, with its preoccupation with epistemological experience of mental reality, and postmodernism, with its quest for some kind of ontological principles on the perceivable surface of life, both contribute to generating narrative fiction which acts as a mirror, reflecting what human beings and their social structures reveal as well as that which human consciousness hides.