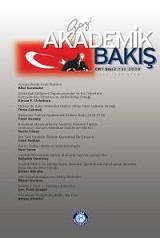 Summary/Abstract: Education viewed as one of the most important cause of regression in the Ottoman Empire and made a series of innovations in this field at the 19 and 20th century. However, the matters of education had to continue under the conditions of the war as the nation was officially terminated subsequent to First World War and Anatolia was invaded. With the declaration of Republic and the victory of national struggle, educational and cultural issues as well as political, social and economical structure were included in the revolutionary actions. Therefore, a system which aimed at increasing the nation’s civilization level and which would educate the new generations more national and secular was put forward. In this study, Atatürk’s ideas towards education, revolutionary actions that took place during Atatürk’s period and contributions of those governments to these actions will be examined.