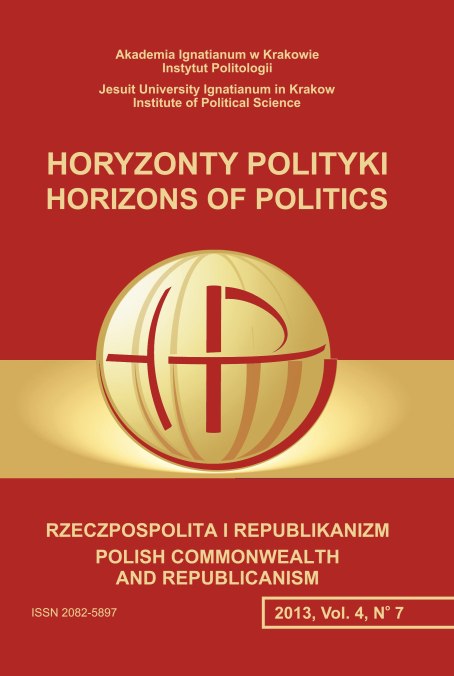 Summary/Abstract: The text provides the contextual and rhetorical analysis of the anonymous pamphlet Krótkie zebranie rzeczy potrzebnych z strony wolności published in 1587. It examines the problem of “liberty” in the way it was used in the political debate – as we understand it – after the death of Stefan Batory. The author considers the objectives of the work which – as he understands them – are the promotion of the views of the opposition, and, above all, public activity as a good in itself. According to the author of the text, the pamphlet reveals – as it terms it – “the kitchen” (or the underlying) attitude of the szlachta towards reasonable politics. It manages to do this in many ways: from showing a gallery of personal characters derived from history and an exemplary method of political debating (a speech from the kokosza war) up to a deliberation on the different aspects of liberty in the Commonwealth (a right and wrong understanding of “liberty”). The text also represents a moderate methodological polemic with a traditional paradigm of political science (in the meaning of the history of ideas): it suggests a rhetorical analysis of the implementation of ideas in historio-political contexts.