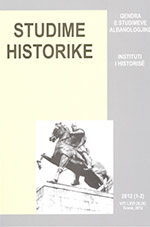 Summary/Abstract: The case of Serbia is taken into analyses, given that while it was the biggest state in the federation land whose rapid rise of nationalism and subsequently irredentism, which led to the breakup of Yugoslavia. Serbian sudden rise of nationalism and its active irredentist engagement in Bosnia that soon followed is somewhat overlooked, especially in an interpretive, historical context. Furthermore, as Jill Irvine has put it, among the post-Yugoslav states that engaged in intra-state fighting afterwards, "state-building has developed most extensively there" and this process of state-building as this paper argues, was largely based on revival of memories and 'living the past into the present'. The aim of this paper is to analyze the shaping of a new nationalist identity from the perspective of the recollection of past memories, mostly the ones from the pre- World war II period, which eventually led to the rise of a new discourse in postcommunist Serbia and created the conditions for ethnic cleansing and other related phenomena that accompanied the first years of transitions.