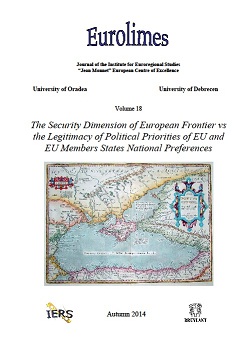 Summary/Abstract: This paper tries to explain the failures and prospects of a common European army project under the constrains imposed by the national preferences of the Treaties’ Guardians, the Member States of the European Union, and the conditions imposed by the external pressures coming from the regional and global geostrategic environments, particularly at the Eastern borders of the EU. The paper advocates the necessity of restarting the debate surrounding the development of a strong European common defence policy. This relates to the precarious geopolitical situation at the Eastern (the Ukraine-Russia conflict) and Southern borders (the threat of the Islamic State) of the EU and also to economic and financial reasons such as a better management of capabilities and assets under a common European framework. However, the difficulties for achieving such goals are not to be underestimated. This paper does not advocate the military option when dealing with crises such as the Ukrainian one. However, it emphasizes that the current defense capabilities of the European Union are rather symbolical. The radicalization of Russian foreign policy and Kremlin’s erratic behavior toward the West are significant signs of concerns. If the European Union wants to deal with such an actor, it has to be prepared both politically and militarily. The paper examins these questions in two parts: part 1 focuses on the question of the national preferences (the preferences of the Member States) in the field of security and defence; part 2 approaches the EU’s strategic environment at the Eastern borders of the European Union.