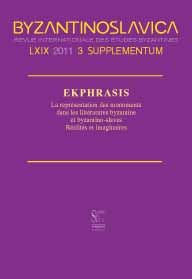 Summary/Abstract: When we talk about cultural transmission, we should keep in mind that the recipient culture always makes its own choice of what to borrow from the donor culture; it decides in what order the selected elements will be picked, and most importantly how the borrowed material will be interpreted. Ancient Slavs, whose literature was 99 percent translations from Greek,1 were very stringent and picky in selecting what they choose to translate. It is well known that they eagerly translated religious literature and were highly selective as far as secular literature was concerned. This is easy to understand if we consider the cultural context in which those translations were made. Of the secular genres the Slavs were primarily interested in those that were in conformity with the Christian world outlook, such as, for instance, Kosmas Indikopleustes’ “Christian Topography” or Physiologos. Of some interest to the Slavs were “practical manuals” even those that were in conflict with the Christian dogma, such as fortune-telling books.