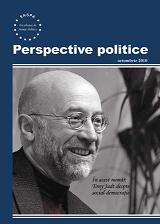 Summary/Abstract: I begin the present paper by asking the following question: why, when discussing the effects that the communist regime had on women, the underlying assumption is that the communist policies directed at women’s emancipation can not be regarded as feminist policies? To answer this question, I analyse the exchange of arguments that took place in Aspasia Journal (2007), on the issue of communist feminism as contradictio in terminis. I first analyse Mihaela Miroiu’s argument, that pleads for a structural incompatibility between feminism and comunism, and continue by examining the dynamic of the counter-arguments offered by other theorists. Through the present inquiry I try to show that, although the authors’ arguments are convergent with regard to the structural incompatibility between feminism and communism, the tension of the debate rests in the different emphasis put on the existence of feminism as social practice in communism. By introducing the discussion on feminism and communism in the language of political ideologies, the existence of feminism as social practice, although important, proves insufficient for holding that feminism, as political ideology, existed in the communist regime.