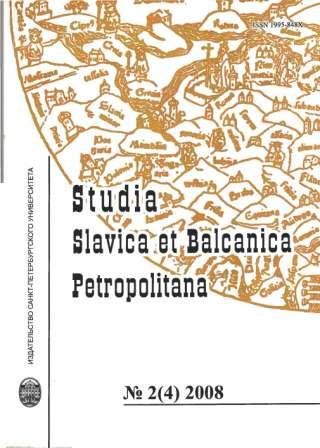 Summary/Abstract: This essay explores some of the issues raised by the concepts contained in Florin Curta's book "The Making of the Slavs" for the study of the spread of the Early Medieval Slavic languages over central and eastern Europe. Instead of the culture historical and migrationist explanation of cultural change a processual approach is taken, in which language change is seen as a correlate of other processes. Since the problem is primarily a sociolinguistic one, there seems to be a need for more linguistic research taking as a starting point the new models in historiography which replace the purelu migrationist ones. Recent discussion on the origin of "the Slavs" raises a whole series of important issues not only about the relationship of material culture and identity, but also language and identity, all three seen as social processes. It also highlights the manner in which modern ideological constructs affect the way scholars have unterpreted the sources they work with. Barford's text explores some of the implications of Curta's model for central European historiography and some of the models that have previously been proposed to explain the phenomenon.