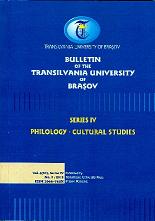 Summary/Abstract: Starting from the discussions around the notion of canon in Romanian culture, especially since the translation of Harold Bloom’s The Western Canon, the present paper examines the canonical status of a particular group of writers, that is, those who belong simultaneously to Romanian literature, and to the Romanian-speaking Jewish minority. It reviews the cases of two writers, Mihail Sebastian and N. Steinhardt, both from the point of view of their self-image, and of the reception of their work.