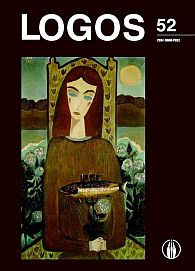 Summary/Abstract: This article deals with the theory of universals in Lithuania in the 16th century - the first century of professional Lithuanian logic. The author of the article focuses on a way in which M. Smiglecki and D. Ortiz interpreted properties (propria) of the universal as such. The article ends with two conclusions. The first one maintains that both Smiglecki and Ortiz attributed to the universal traditional scholastic propria. Namely, the universal was regarded as an immaterial and incorruptible nature predicable of its individuals as well as object of sciences. The second conclusion asserts that Smiglecki did not confine himself to the propria of the universal. That is, he also analysed a certain relation peculiar to universal, namely, the distinction between universal and its inferiors. Adhering to the Scotist position, Smiglecki regarded this distinction as a formal one.