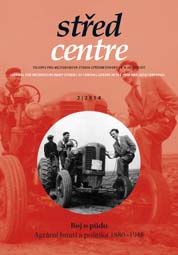 Summary/Abstract: Historiography has shown that the implementation of land reforms in East Central Europe has been greatly stimulated by the particular post-war situation and was influenced by the balance of power in the respective countries. The differences in the radicalism of land reforms depended largely on whether the redistribution of land and property rights could be used to strengthen the new state nations and/or to weaken the former privileged ethnic groups, like Germans, Hungarians or Russians. Nevertheless, the question arises to what extent certain similarities and differences of land reforms were caused by the reception and adaptation of concepts from other countries and from the pre-war times. Germany is often overlooked in this context because here, after 1918, no major land reforms (but settlement projects) took place. The paper contains examinations of debates on “optimal” land ownership distribution as they were part of German agricultural politics and agricultural sciences (Max Sering) and of the attempts to implement these ideas before the First World War. The article emphasizes the mutual relationship of nationalistically motivated settlement policies and the economically and socio-politically motivated inner colonization. While national goals were not achieved, the interaction of the Poznań Settlement Commission, of the General Commission and of the private Polish and German parcelling agencies caused a significant change in farm size structure by strengthening the rural middle classes. In a second step, a comparison between the German/Prussian settlement policy and “inner colonization” on one side and the East Central European land reforms on the other shows many similarities. The article ends with a plea for a transnational perspective on land reform history by the reconstruction of concrete transfer processes.