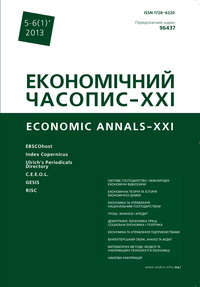 Summary/Abstract: A review of modern theoretical approaches and the latest research reveals that entrepreneurship today is usually considered as a complex multifaceted concept with no consensus about it precise meaning. The preconditions and factors of the institution of entrepreneurship forming in transition economy of Ukraine are traced. It is shown that historically political and economic conditions in Ukraine under the Russian Empire’s rule favored mostly the development of unproductive entrepreneurship, while during the years of command economy entrepreneurial abilities moved partly to the shadow economy and partly into unproductive sector. During the transition years the permanent procrastination with real reforms caused the forming of numerous institutional traps in Ukrainian economics which considerably complicated productive entrepreneurship development. Instead the unproductive entrepreneurship today is expanded to the level which seriously endangers the competitive ability of Ukrainian economy in the middle run. It is shown that the only way to improve the situation is to implement systematic qualitative institutional changes