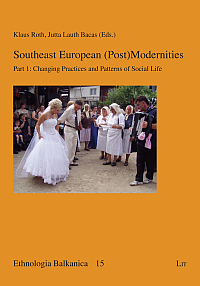 Summary/Abstract: Almost twenty years after the breakup of Yugoslavia, the Bosnian town of Jajce is still primarily associated with its World War II heritage (symbolic founding place of the socialist federal state). It is usually in the spotlight merely once a year on the occasion of the annual evocation of the historic antifascist council meeting held on November 29, 1943. Based on fieldwork, literature and media resources, this paper attempts to study the changes which occurred over the last years in the physical, symbolic, and ideological setup of the Jajce commemorative ensemble. Attitudes and experiences of both inhabitants and visitors of the “birthplace of Yugoslavia” display an array of views on the own/common past, present and future. The paper will also explore the modes of use of the site which once represented a par excellence common Yugoslav landmark, in the context of the still prevailing nationalist paradigm in most states of former Yugoslav, but also in the context of the local community and their own specific uses of the town’s historical heritage in everyday life and during the annual focus on the town.