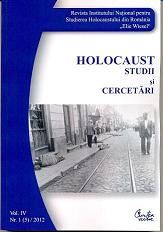 Summary/Abstract: Since political Zionism was invented, the French Extreme-Right has had ambivalent feelings about it. Its traditional anti-Semitism fed conspiracy theories that Zionism was a Jewish domination plot. At the same time, it was interpreted as a means of getting rid of the Jews by their own will. When France lost its North-African colonies and the Arab world was supported by the Communist bloc, the Extreme-Right split into a pro-Western, pro-Israel faction and proponents of a Third Way who opposed the mere existence of Israel. This antagonism has become a real divide since the start of the Second Intifada and the rise of Muslim anti-Semitism in France.