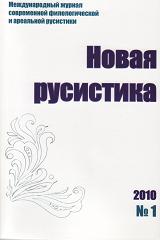 Summary/Abstract: The author in this work focuses on the literature-centrism of Russian culture. It is usually presented in various forms. Literary linguistic culturemes from Russian folklore and the medieval Russian literature are the main subject of the research. These oldest sources of fine literature prove their usefulness in every single period of the history of Russia. The units in question are being analyzed in the work as socio-communicational standards in position of permanent ethno-cultural values. The main source of research materials can be found in the present Russian mass media, analyzing which a certain hierarchy of Russian linguistic culturemes can be created. When talking for example about Russian fairy tales, “Repka” and “The Tale of a Fisherman and the Golden Fish” are among the most frequently used sources. Based on their connotations negative pictures are created, that is why, they are being called anti-fairy tales by the author. They are often used to evaluate negative aspects of life in the Soviet and Post soviet era in a highly satirical manner. When dealing with Old Russian literature the theme of “crying” from the work “Slovo o polku Igoreve” belongs to the most frequently used one. The themes taken from the fables of Krylov are also dealt with in this category, as fables, in a wider context, can be looked upon as fairy tales. The author is comparing his personal discoveries with the data collected in Russian Associative Dictionary which excellently complements overall knowledge of Russian culture.