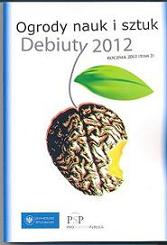 Summary/Abstract: This paper discusses a concept of French philosopher and theologian, J. L. Marion, who has enriched phenomenological inquiry. First, it explains why it deals with mysticism rather than the mystic.The author gives a short overview of the philosophical circumstances in which the concept of conceivable phenomenon, fi rst formulated in ‘Being given’, has been conceived. There are also some important comments on the history of I. Kant’s and E. Husserl’s concept of conceivable. This conception does not go beyond the phenomenological method. It implies the existence of an unthinkable phenomenon in which the conceivable goes beyond intuition and the term embracing it. A formal study of that phenomenon assumes the presence of four properties which allow for the replacement of certain theological values. As a working example, Marion creates here a kind of Christology.