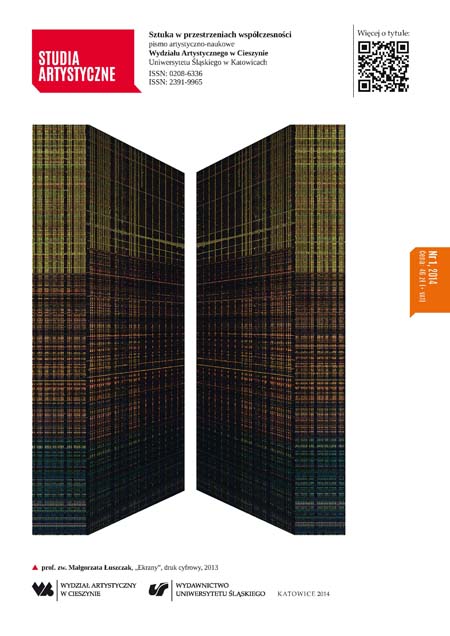 Summary/Abstract: The article concentrates on two figures of the French Neoclassicism, namely jacques Ibert and Jean Francçaix, composers who were presented in the light of a broad panorama of a cultural and music life in the first half of the 20th century, historical and artistic changes, as well as the French philosophy. Because of the fact that there is no Polish specialist literature, the paper was based almost exclusively on the French bibliography and constitutes the first thematic work of this type in Poland. Commonly-known orientations of Modernism and post-war Avant-garde, preferred in many descriptions of musicography experts, pushes numerous and largely diversified circle of classicizing and traditionalist authors, or those deriving from an impressionist trend into the background. The very text is devoted to them, and generally ponders over their output. The profiles of the above-mentioned artists, though little-recognized even among Polish musicologists, were presented with their most important works. The picture is completed with works and characteristics of two Galician authors, also from the circle of a famous avant-garde of the 1950s and 1960s, important at a later time, namely Maurice’a Ohany and recently late Henriego Dutilleux (1916–2013). Besides, the article presents the profiles of other composers, such as among others Albert Roussel, André Caplet, postimpressionists and representatives of the so called French „organic school” , as well as several artistic groups of the 1930s and 1940s. A leading theme of the theses presented was showing many composers that were less present in a music life, but also accentuating varieties of creative workshops taking place, their stormy evolutions or the lack of homogeneity in a music life of France at that time. The phenomena described and their authors constitute a counterbalance to dominating and most opinion-forming experimental trends of the period in question.