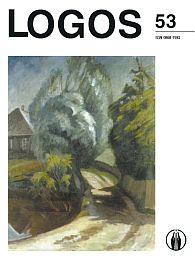 KAS YRA ANTIŠVIETIMAS?
What is Anti-Enlightenment?

Summary/Abstract: The Anti-Enlightenment is a psychosomatic condition and socio-cultural response to the pathos of the rational enlightened vision of nature. A few sets of meanings lie under these previous words. One set is related to the history of philosophical thinking in its totality. Philosophy is usually considered as an activity of human consciousness that seemingly corresponds, or reconstructs, or establishes reality in the forms of theories of knowledge, politics, ethics, education. What is at stake here is that theoretical thinking unconsciously distorts and unbalances human activity itself. Theoretical thinking plunges human activity into artificial, well trained, controlled practices. The first remarkable and inwardly philosophical reaction to theoretical philosophizing was the cynicist movement. The human body as a means of expression was chosen to show that human activity was always beyond theorizing. That influenced a number of so called philosophical whippersnappers and insolent beggars, brute naturalists, hedonists and pragmatists included, whom academic heavyweights usually treat as a marginal audience. Another set of meanings (intimately related to the first one) lies in the contemporary polemics on the Enlightenment, and which itself becomes a widespread socio-cultural phenomenon. I summarize the warfare for and against the Enlightenment's values and ideals in the following question: does philosophical posture's reliability pertain to the meaning philosophical discourse provides to it? My conclusion is that it is unlikely that it can be answered from the theoretical point of view.