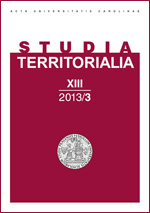 Summary/Abstract: The press contributed in a considerable measure to the national and political mobilization of Czech Society between the revolution of 1848 and World War One. Using Moravia as an example, the article examines the role of the press in the transformation from parties representing notables into parties representing the masses, and also how the press, in turn, was affected in this process. Soon there were more Czech periodicals in Moravia than German ones. The spectrum of periodicals grew broader, and the Czech press, attracting an ever-larger part of the population, grew into a network penetrating not only the strictly political aspects of life but the whole range of them. The importance of party periodicals, however, remained especially high. Daily newspapers affiliated with or owned by political parties not only championed goals of their respective parties, but they also played an important role in organizing party activities. An appendix contains a table which lists the most important newspapers and journals in Moravia by political orientation.