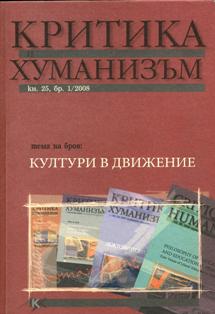 Summary/Abstract: Drawing upon ethnographic research on Bulgarian irregular labour migration in Berlin (2006) this article deals with the question of how notions of ethnicity, nationality and citizenship are negotiated and confi gured with respect to the social status of irregularity among a specifi c group of irregular labour migrants from Bulgaria in Germany, namely the ethnic Turks. Bulgarian Turks are particularly interesting for such a study because of their minority status in the home country framed by their Muslim religion, Turkish mother tongue and ethnicity and due to their general orientation towards the networks of co-ethnic German Turks in the host country of Germany. The article provides an outline of the main characteristics of the group of irregular Bulgarian Turk migrants in Germany (as of 2006) including main migration practices, key niches for illegal employment, organization of the irregular labour market as well as conditions of work and every day socialization practices of migrants. The article focuses on the role played by ethnicity on the one hand and irregularity on the other in the establishment and maintenance of migrant networks as the focal arteries of migration. To this aim of special interest is the study of the social network established between the “new” Bulgarian Turk migrants and the “old” diaspora of German Turks in Berlin that involves ongoing contestations over proper gender, religious and cultural practices. The article investigates the changing dynamics between being “Bulgarian”, ”Turk” and “European” that are central in the exploration of identity practices among irregular Bulgarian Turk migrants in Berlin. The article argues that although migrant networks play strong role in migrants’ insertion and accommodation into the country of destination they are not constituted and maintained in isolation from state powers and existing labour market hierarchies which exert strong force in shaping migrants’ social reality and identity practices.