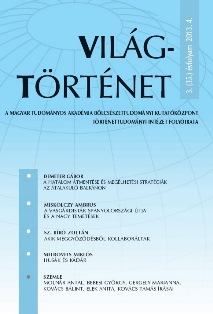 Summary/Abstract: This study is concerned with Russell Kirk’s analysis of the impact of British culture upon America. The noted conservative thinker, author of the “Conservative Mind” expressed his views concerning this issue in some of his important works, such as “The American Cause”, ”The Roots of American Order” and in “America’s British Culture” and came to the conclusion that the successes of the United States had been made possible by the vigor of British culture which most Americans even now take for granted. Kirk is convinced that the transplanted culture of Britain in the United States “has been one of humankind’s more successful achievements”. The present author reviews Kirk’s arguments concerning the impact of the transference of British traditions across the Atlantic. The study concentrates its attention on the four main fields in which British culture has been absorbed by the United States: the English language and literature, the British system of common law, the British tradition of representative government, patterned upon British institutions of medieval times and the moral beliefs called by Tocqueville mores. The concluding part of the study analyzes Kirk’s arguments against multiculturalism which he considered to be a crucial threat to the survival of the British traditions in America’s culture.