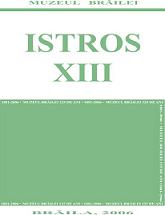 Summary/Abstract: The article deals with several problems related to the enigmatic Apollo-temenos in Apollonia Pontica. Even after of the intensive archaeological research accomplished on the territory of the contemporary town of Sozopol during the last decades, the picture of the existing temenoi or temple-buildings remains still obscure. Because of the scanty written records, the authors’ attention was focused on two key-sources – the Strabo’s excerpt (Strab. 7, 6, 1) and the well-preserved lapidary decree of the Histrian nauarch Hegesagoras (IGBulg I, N 388 bis). The hypotheses are grouped into two general directions arguing either for the city or for the island locality of the temenos. However, the analysis of the epigraphic and numismatic documents, the results of the recently conducted archaeological excavation – even tough they are very briefly reported, and the attempt to view the question in a more general perspective of some sacred spaces in Hellas and in other poleis along the northern and western Black sea coasts, give certain grounds to re-consider the problem. The new hypothesis discusses the possibility of the existence of two Apollo temenoi - one of them denoted as “hieron tou Apollonous tou Iatrou" which has been situated probably within the city boundaries, whereas the other could have coincided with the place, were the famous colossus by Calamis was exhibited. If the testimony of its dimensions are reliable, such a creation was most probably intended to stay on an island, for instance on that one where the contemporary lighthouse is located. In conclusion I have got to specify that all arguments will be a matter of dispute as long as new archeological materials studied in a clear context will be uncovered.