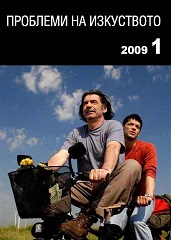 Summary/Abstract: How can contemporary fairytale-fantasy vision surprise us? What are the challenges of the 21st century? If one starts to contem- plate, everything has already been written and re-written, shown many times. Remakes and adaptations of almost all known and less known fantasy films and novels have already taken large portion of our visual production. The viewers’ perception has grown accustomed to all forms of flying, morphing, disintegrating or emerging out of the blue forms. The kinetic life of the personages has bro- ken all limits of realism by including the fairytale-like and fantastic ideas as a basis for the creation of the film image. And it seems as if though each new idea only further develops the concept of a well forgot- ten old one. And it seems that the challenge of the fairytale-fantasy vision of the 21st century can be found in the use of modern technology in its creation. Regardless of the fact, that instead of displacing the old forms they supplement them, develop them further and change them. How then can modern fairytale-fantasy vision surprise us? By using new, unseen dig- ital technologies and effects? With a vision that is limited only by the authors’ imagina- tion? By presenting the endless „reality” of the unreal, fairytale-like and fantastic…? Or simply with the wise warning - a remark made by the lion Aslan in the second part of Narnia: Prince Caspian: „Things never happen twice the same way.”