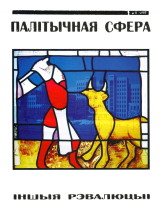 Summary/Abstract: The article reveals a significant role of the phenomenon of metaphor in modern culture where it stands not just for a tool of poetic and art practice, but represents a specific strategy of power. At the same time the author makes an attempt to depict the main characteristics of the visual metaphor (comparing it with symbol), its structure as connecting concept and percept, as well as the extent of its influence on modern political conceptions and social practice.