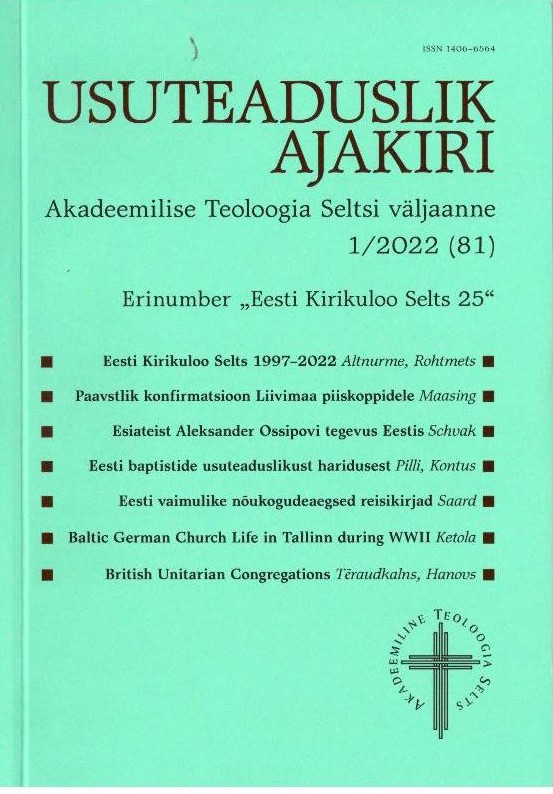 Summary/Abstract: The authors of this article analyse why the number of adherents of some congregations in the Unitarian movement, whose membership is generally declining, is growing. The research is based on an analysis of written sources as well as fieldwork (including interviews, questionnaires, focus groups and participation in Sunday services) carried out in 2015 in three British Unitarian congregations. The project has been financed by the Hibbert Trust. Common denominators of numerical growth in these congregations which otherwise are very different from each other are: community-building, a range of weekly activities, good public image and people enthusiastic about their work in the congregation (minister’s personality plays an important role but this is not a crucial factor). There are additional factors like chapels being the only liberal congregation in an area and therefore having no competitors in the „market of religions“. These are congregations that have moved beyond the Enlightement heritage of the Unitarian movement. Research also showed that among the people Unitarians have attracted are those who are dissatisfied with religious groups to which they previously belonged. In general, these examples do not reverse the common trend that a liberal segment of religious groups (including Unitarians) is good in deconstructing dominant beliefs and practices of their traditions and applying a hermeneutics of suspicion but is struggling with offering new constructive alternatives.