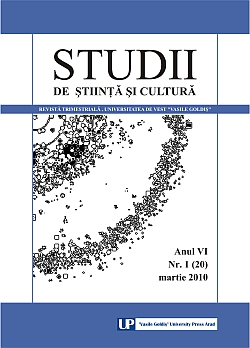 Summary/Abstract: The study shows the differences in the Central European countries (former communist countries) and the Southeast European countries group (with one exception, ex-communist countries, as well). Based on historical grounds, one can establish the difference between the two groups, based on criteria of the cultural events in the socio-economic development. Confession and religion have embroidered a mentality in the context of psychological tendencies and have created religious attitudes and various economical species. Geo-political designations divided the civilizations, which, geographically and historically, once formed a whole, but a sequential whole, upholstered with differences in the attitudes of the two parts of Europe. From mental cleavages, to the spiritual divorce, by the discussing spaces masses’apophase, there were outlined the ethnic reasons and there was drafted the multicultural character of the spiritual history of Southeastern European space.