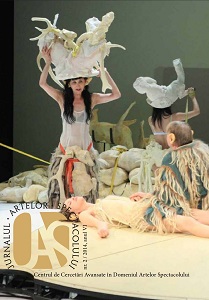 Summary/Abstract: “All the suitcases that have appeared in this story are lying open on the stage,” reads a stage direction from Steigerwald’s Sorrow, Sorrow, Fear, the Rope, and the Pit. The suitcase may be the number one prop used in stagings of Eastern European drama, which after ’89 could speak openly about issues of physical displacement, either as refugees or as emigrants. What is the symbolism of the suitcase in connection with issues of identity, nationalism, migration, and border crossing, and how does it relate to a newer prop – the briefcase?